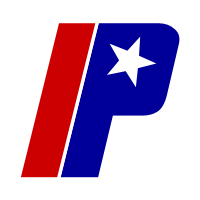 Javon Franklin and Caleb Stokes combined for 25 points in the second half as the Patriots (6-1) broke away from the Tigers (5-1) in the second semifinal game.

University of Arkansas signee Khalil Garland scored Parkview's first 11 points, but he scored only 2 more points the remainder of the half and finished the game with 15 points, 5 rebounds and 3 assists.

Curtis White hit 3 three-pointers in the second half and came up with 13 points, 9 rebounds and 5 assists for the game.
BACK